Do you find our website to be helpful?
Yes   No


Though approved in the United States in April 2009,

Dysport has a history of use in other countries since 1991. First approved outside the U. S. for aesthetic use in 2001, Dysport has steadily gained in popularity around the world. With its approval by the U.S. Food and Drug Administration, you, to, may join others worldwide who have been treated with Dysport.

Prescription Dysport is an injection used to temporarily improve the look of moderate to severe frown lines between the eyebrows in adults less than 65 years of age.

How does Dysport work?

Dysport works like Botox in that it temporarily prevents muscle contractions below your skin’s surface that lead to frown lines.

Dysport is another type of anti-aging prescription injection that smooths out moderate to severe frown lines between your eyebrows without affecting the rest of your face, so you’re still able to make your usual facial expressions. Dysport has a reputation for delivering natural results in a single 10-20-minute treatment session with just five injections between and above your eyebrows.

Treatment results may last up to four months, and downtime is minimal, as it is for Botox too.

What Causes Frown Lines Between The Brows?

The lines that appear between your brows actually result from muscle movement and the passage of time. Two muscles are largely responsible for frown lines between the brows. When those muscles contract, they draw the brows together. As skin becomes less elastic over time, repeated frowning can result in those moderate to severe lines between the brows.

What Are The Common Side Effects?

The most common side effects are nose and throat irritation, headache, injection site reaction, and nausea.

Dysport is a purified formulation that has been shown to deliver temporary improvements in moderate to severe frown lines, even with repeat treatments. So, the effect of repeat treatment with Dysport may be comparable to your first use.

With just 1 injection into each of 5 points between and over the eyebrows, Dysport stops the signal from the nerve to the muscles, ultimately resulting in a reduction of the muscle activity and temporarily preventing contraction of the muscles that cause frown lines.

The untreated facial muscles still contract normally, allowing you to freely show facial expressions, such as laughing in untreated areas.

You should not be treated with Dysport more frequently than every 90 days. 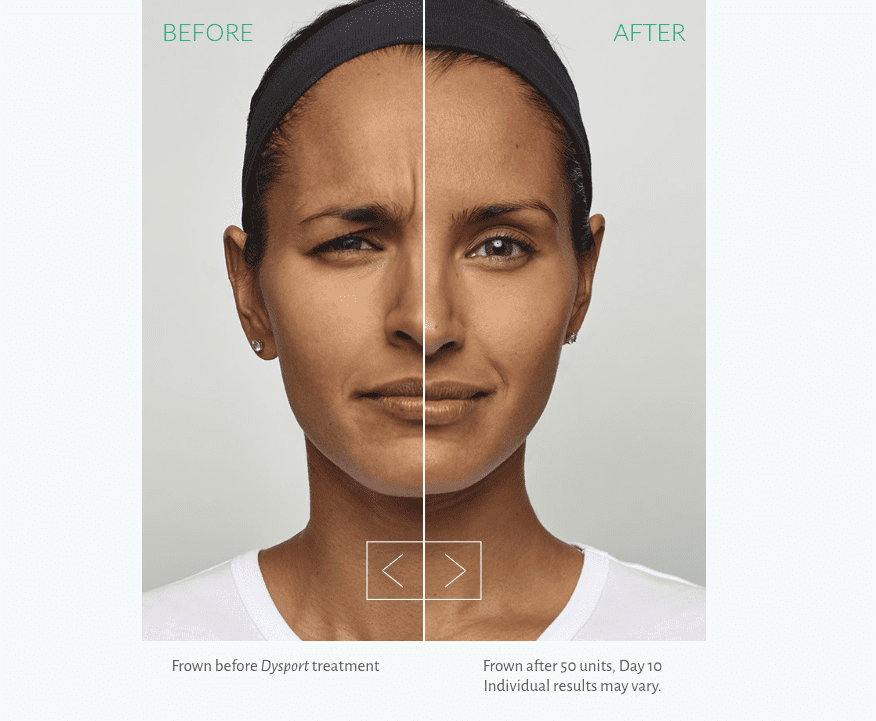 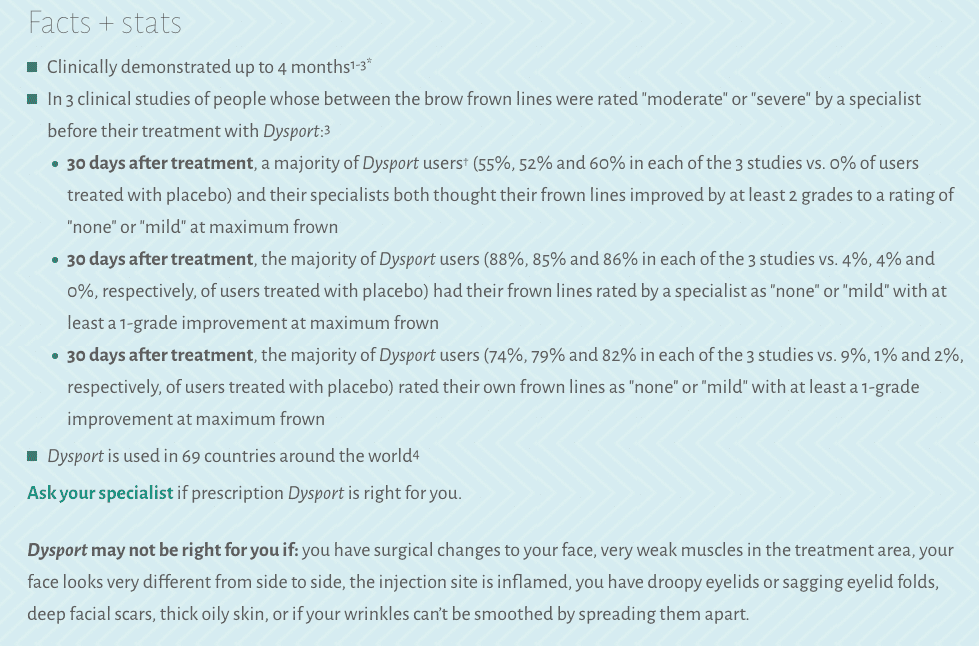